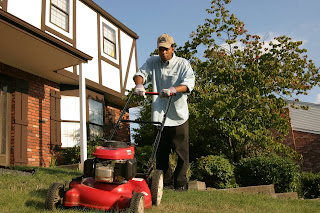 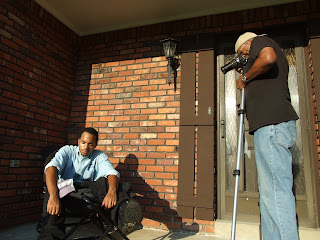 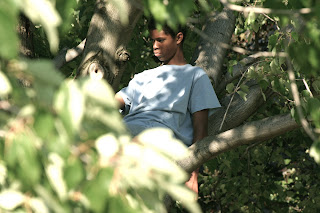 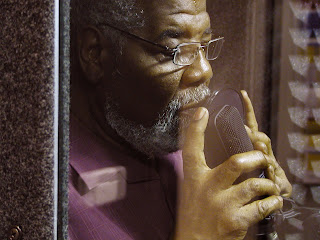 What Green Could Be

Editor’s Note: As Pittsburgh celebrates its big 250, Andrew Halasz and Kristen Lauth Shaeffer have found their own way to commemorate the city – through a series of short films collectively titled Pittsburgh Neighborhood Narratives. To make their project even more interesting, Halasz and Shaeffer invited local filmmakers to submit story treatments highlighting one of the many diverse neighborhoods of Pittsburgh. This article is the ninth in a series profiling each of the filmmakers selected for participation.

Throughout the years, artists and historians alike have been drawn to the story behind Pittsburgh’s Hill District – and for good reason, as the area has seen a lot of change since its heyday in the 1930s and ‘40s, carrying with it a rich cultural history. In fact, the Hill, as it is fondly known in the ‘burgh, was once considered to be the center of African-American culture, steeped in art, literature and music. A decline in the steel industry, however, and the construction of the Civic Arena forced many residents to leave the neighborhood beginning in the ‘60s. Today, the area is slowly being revamped.

While numerous works of art chronicle the Hill’s history, local filmmaker Timothy R. Hall, 58, has opted to capture the spirit of the neighborhood in a unique and unconventional way – through a style of filmmaking known as “photo roman.” Tim’s film, part of the Pittsburgh Neighborhood Narratives project, portrays a very human element of the Hill using only still photos and sound to tell his story.

“It’s really a pseudo-biographical kind of thing,” said Tim about his narrative, What Green Could Be.

Like his creator, the main character grew up in the Hill District at a time when many people were leaving. Eventually, the pursuit of an education and later, a career, prompted him to relocate as well.

But if there’s anything we learned from the Wizard of Oz, other than the fact that it eerily syncs up to Dark Side of the Moon, it’s that sometimes you really do have to step away from the comfort zone to appreciate what’s in your backyard.

When circumstances bring the main character back to his birthplace, he is shocked to discover how much he missed it.

“It’s a growing process,” explained Tim. “As he slowly eases back into the neighborhood, he realizes that he has a different kind of appreciation for the Hill.”

The same is true for Tim, who also returned to the neighborhood he grew up in. While he appreciates today’s version of the Hill, he also confesses that it’s a “shell of what it used to be.” That contrast between the old and the new, and the emotional journey of the residents who lived the transition, is conveyed through his main character’s experiences.

“This takes all of that and nails it down to one person with experiences,” he said.

Tim is a passionate photographer, so using photo roman to tell his story was an obvious choice. He was very meticulous about how and when his photos were caught, and didn’t limit himself to one style either.

“It’s about images being caught the right way with the camera,” he said.

To do that, he would drive down Centre Avenue and make a note of the way things looked in certain light. Later, he would return to get his shot, using only the natural light provided.

Of course, What Green Could Be wasn’t his first photo roman. Tim also produced one about the intimidations of going back to school as an adult – a theme he can relate to, having recently graduated from Chatham University with a master of fine art’s degree in digital and film photography.

What Tim hopes to achieve with this photo roman, however, is to give another perspective on life in the Hill – through the ever-watchful eye of the camera.

“I want people to leave there [after seeing his film] thinking, ‘Hmmm … that’s an interesting variation on the theme,’” he said.
Posted by Neighborhood Narratives at 8:03 AM No comments: 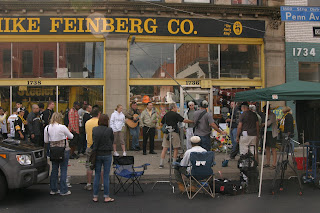 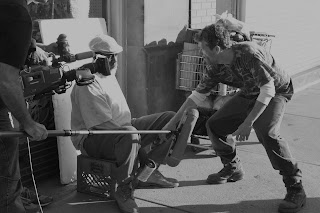 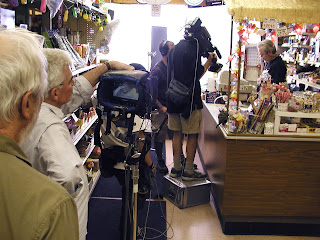 Editor’s Note: As Pittsburgh celebrates its big 250, Andrew Halasz and Kristen Lauth Shaeffer have found their own way to commemorate the city – through a series of short films collectively titled Pittsburgh Neighborhood Narratives. To make their project even more interesting, Halasz and Shaeffer invited local filmmakers to submit story treatments highlighting one of the many diverse neighborhoods of Pittsburgh. This article is the eighth in a series profiling each of the filmmakers selected for participation. Be sure to check back in a weeks for the next profile.

A Saturday afternoon spent strolling through the Strip District is a mysterious kind of fun, luring Pittsburghers with ethnic fare, fresh produce, and gourmet coffee. The challenge lies in navigating one’s way through a sea of street merchants without surrendering to each and every persuasive aroma. It’s like Ulysses and the “song of the siren,” except the song is really an enchanting smell that threatens to overwhelm the wallet.

For some, such as local filmmaker Ray Werner, 69, this unique part of town is more than a Saturday trip – it’s a treasure trove of memories. Years ago, Ray and his wife transformed the No. 7 Engine Co. – the building now known as the Firehouse Lounge – into a family-owned advertising agency. It was not only the first historically restored building in the Strip, but their agency was also the first service company to be established in the area.

This is one reason why Ray chose the Strip District as the setting for his Pittsburgh Neighborhood Narratives film, Tommy and Me. But he also holds a deep appreciation for the culture of the Strip.

“The Strip really draws its own crowd. It has its own personality,” he said.

The majority of Ray’s narrative takes place in a store called Mike’s Stuff, modeled after and filmed in Mike Feinberg’s novelty shop. An old friend of Feinberg’s, Ray said that “the film couldn’t take place anywhere but the Strip” because Feinberg’s store is truly one-of-a-kind.

The main character, and narrator, is Schmoo – a young new hire at the novelty shop. When a homeless man named Tommy makes a habit of panhandling outside the shop, Schmoo decides to “make him useful.” So, he puts a retail scarf on Tommy. Sure enough, passers-by come into the shop to purchase the scarf “the guy out front” is wearing. Recognizing an opportunity, Schmoo makes a habit of outfitting Tommy in merchandise.

One day, when Tommy dons Steeler pajamas, he is given the nickname “Steeler Santa.” The Steeler Santa quickly becomes a Pittsburgh icon.

“It catches on and people love the guy,” said Ray. “He’s a media celebrity.”

Ray’s story takes its listeners on an emotional journey, allowing them to fall in love with Tommy while at the same time introducing them to the harsh realities of street life. When asked how / when his fascination with the homeless started, Ray begins with “I’m a very serious bread maker …” As he continues, one also learns that Ray plays concertina in an Irish band called Hooley and that the flute player’s brother ran a non-profit organization dedicated to the homeless. The brother’s name is Dr. Jim Withers, and the organization is called Operation Safety Net. The bread came in when Ray, Jim and several others distributed 200 loaves of fresh, homemade bread to Pittsburgh’s homeless.

“Ask their name. No one ever asks their name,” said Ray, remembering Jim’s advice on how to treat the homeless.

But Ray’s compassion for the homeless runs even deeper than his film lets on. Tommy and Me is dedicated to Jim, and all proceeds from the screening at the Firehouse Lounge will benefit Operation Safety Net. Ray also cast four homeless men as extras in his film. Johnny, Michael, Ray (not Werner) and George were the only extras to be paid.

According to Ray, the filming of Tommy and Me went extremely well – thanks to good weather, a “terrific” cast and crew, and the generosity of local residents / businesses. The Steelers organization also came through for Ray. One of the scenes was filmed in Heinz Stadium, and the organization was eager to grant permission when it learned of the connection to Operation Safety Net.

But perhaps the best part of filming Tommy and Me was that it allowed Ray the opportunity to work alongside his wife and four kids – Larkin the production designer, Brendan the editor, Brian the financial consultant, and Katie the Production Assistant (along with Ray’s wife Susan).

“This was a real family production,” said Ray. “I proved to my kids that I can still work a 21-hour day,” he added, laughing.

Posted by Neighborhood Narratives at 3:15 PM No comments: