Editor’s Note: As Pittsburgh celebrates its big 250, Andrew Halasz and Kristen Lauth Shaeffer have found their own way to commemorate the city – through a series of short films collectively titled Pittsburgh Neighborhood Narratives. To make their project even more interesting, Halasz and Shaeffer invited local filmmakers to submit story treatments highlighting one of the many diverse neighborhoods of Pittsburgh. This article is the fourth in a series profiling each of the filmmakers selected for participation. Be sure to check back in two weeks for the next profile.

A leisurely stroll through Schenley Park, followed by intimate conversation at a local coffeehouse … an afternoon made for lovers.

Local filmmaker Justin Francart, 25, chronicles the final farewell between an ex-boyfriend and ex-girlfriend through his short film, “PPT.” His film, set in the youth-ridden neighborhood of Oakland, breaks away from traditional tales of romance in that the young couple isn’t even a couple at all. They’re two people with a strong connection who get together for the last time before one leaves town.

“It’s sort of a bittersweet, after-the-fact love story,” explains Justin. “But there can be happiness in accepting the fact that you’re saying goodbye,” he adds.

While Justin’s story isn’t necessarily about Oakland – rather, it’s a story that happens to take place in Oakland – he chose this setting for a couple of reasons. First: It’s an adaptable neighborhood, meaning that there’s a lot that to work with in terms of scenery. Second: with Pitt and CMU right there, Oakland is a hub of younger people. And as Justin points out, “a lot of young love has blossomed there.”

For being a “last minute kind of guy,” Justin surprised himself with how far along the project is – he’s already wrapped up shooting the film and is well ahead of schedule.

“It’s weird for me because I’ve never been in that kind of a position before,” he admits. “I haven’t shot a film in five years, so I wanted to approach this as organized as I could.”

In fact, the last time Justin did any filming was when he was a production major at Ithaca University. He’s since transferred to Pitt and graduated with a degree in film studies. His mom was the one who spotted the ad for Pittsburgh Neighborhood Narratives.

“God bless her,” he laughs. “She’s always looking out for me to do something with my career, my life, anything related to my major.”

With a bulletin board full of ideas, Justin had no trouble coming up with a plot synopsis. He sat on the idea for a while, submitted his story at the last minute, and the rest is history. According to Justin, the actual filming couldn’t have gone any smoother thanks to a talented and committed cast and crew.

“It was pretty painless, and I was excited about that,” he said.

Most of the film was shot outdoors, so Justin had to rely on the unreliable Pittsburgh weather.

“I wanted an early summer, late spring shoot,” he said. “So I was praying it wouldn’t rain. We ended up having some really nice days.”
Posted by Neighborhood Narratives at 9:41 PM No comments:

Editor’s Note: As Pittsburgh celebrates its big 250, Andrew Halasz and Kristen Lauth Shaeffer have found their own way to commemorate the city – through a series of short films collectively titled Pittsburgh Neighborhood Narratives. To make their project even more interesting, Halasz and Shaeffer invited local filmmakers to submit story treatments highlighting one of the many diverse neighborhoods of Pittsburgh. This article is the third in a series profiling each of the filmmakers selected for participation. Be sure to check back in two weeks for the next profile.

But you can always count on the duck pond.

And no matter how advanced the world may claim to be, it can’t ever seem to suppress the childish thrill it gets when summer opens her doors to the fair.

So, naturally, when local filmmaker Jason Georgiades heard about Pittsburgh Neighborhood Narratives, he was drawn to the idea of crafting a story around St. Joseph’s fair in Bloomfield. After pulling in friends Chet Vincent and Russell Brandom, his idea became a reality. Chet and Russell wrote the script for “St. Joseph’s,” and Jason has already begun to turn it into a short film.

“You have such a great mix of people at fairs,” said Jason. “It’s almost like a dichotomy, a clash between old world Pittsburgh and the city’s youth.”

“It’s a very rich neighborhood with a certain element of Pittsburgh in it,” he observed.

Somehow, Bloomfield has managed to strike a balance between traditional and trendy. A 22 year-old Bloomfield resident himself, Jason points out that the neighborhood not only retains its older residents, but also attracts the younger generation.

And St. Joseph’s fair brings them all together.

But Jason’s film will address more than the multi-generational melange that is Bloomfield. “St. Joseph’s” also captures the unexpected chemistry between two young people who meet at the fair – conservative, community-based Ann and hip, urban arts Charlie. While they couldn’t be more different, there is an undeniable spark between the two that can only be credited to the mysterious, meddling influence of the fair.

“There are some surprising connections made in that type of environment,” Jason points out.

The environment he refers to is that of a full-blown, bustling church fair – an environment, he admits, that will be difficult to recreate. But fortunately, Jason’s in for the long haul.

“Ten percent of the challenge is actually shooting the film, and 90 percent is problem-solving,” he says. “We’re hoping to get some stylistic shots of looking at a real fair.”

A studio arts major at Pitt, Jason plans to highlight a “whole different side of Pittsburgh” in his film.

“My generation is more temporary. I think there are a lot of people my age who view Pittsburgh as a loading dock or a halfway point,” he comments.

But as a young filmmaker and artist, Jason speaks from experience when he says that Pittsburgh is a great place to build your name cheaply. He’s already made several films, one of which was a Steeler documentary called “Steal Phantom.”

“I love Pittsburgh. My involvement in the Neighborhood Narratives project is the perfect example of what this city has to offer,” he said. “It’s important to be able to afford your lifestyle and expand on it. The opportunities here are endless.”

Posted by Neighborhood Narratives at 6:25 PM No comments: 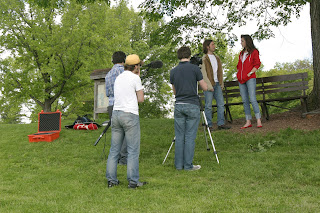 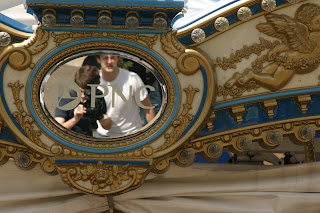 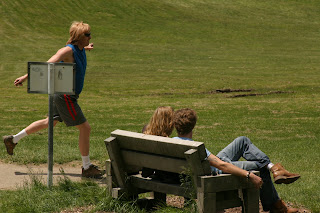 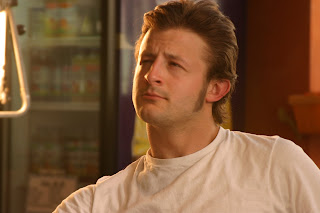 Congrats to Justin Francart and crew, who wrapped production on their Oakland short, PPT, last week. Thanks again to Timothy Hall for taking production stills, which you can check out above.
Posted by Neighborhood Narratives at 8:12 PM No comments: