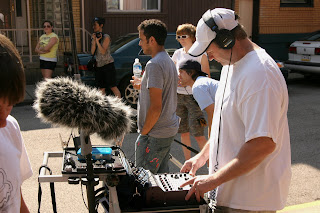 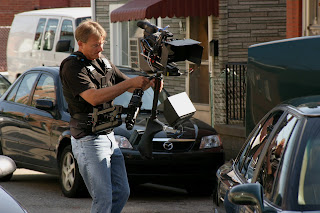 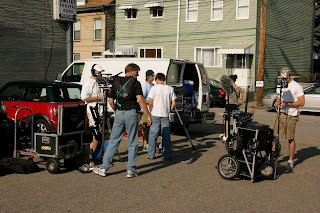 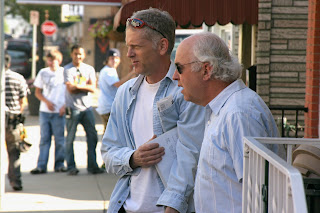 Editor’s Note: As Pittsburgh celebrates its big 250, Andrew Halasz and Kristen Lauth Shaeffer have found their own way to commemorate the city – through a series of short films collectively titled Pittsburgh Neighborhood Narratives. To make their project even more interesting, Halasz and Shaeffer invited local filmmakers to submit story treatments highlighting one of the many diverse neighborhoods of Pittsburgh. This article is the fifth in a series profiling each of the filmmakers selected for participation. Be sure to check back in two weeks for the next profile.

You don’t even need to live in the Southside to know that it’s nearly impossible to find parking there. All it takes is one trip to the Tiki Lounge – parking 10 blocks away in a dark, deserted lot with “Towed at Owner’s Expense” signs everywhere you look, but one other car to make you naively think it might be okay – and you’ll swear allegiance to the Port Authority and overpriced cabs forever.

For residents of the Southside, parking is a raging war with narrow one-way streets and territorial neighbors. Once an empty spot has been captured, the victor marks his / her prize with whatever’s available … say, a milk crate.

And it is from this milk crate, on this perpetual battleground, that John Rice, 52, draws inspiration and a title for his short film.

“Milk Crate” is the story of two Southside neighbors with nothing in common but a parking spot. When Charlie, a cantankerous old Polish guy, finds out that the young, Asian punk who has moved into the neighborhood has dared to move the milk crate designating Charlie’s spot, he is more than a little displeased. Naturally, conflict ensues as ethnic and generational differences come to a head.

“I went on the Internet and found a few Polish words that I wanted Floral Duster to use,” said John, referring to the scene where Floral Duster, a local woman who keeps a keen eye on the street confronts the new neighbor in her native tongue. “I lucked out because the actor who played Floral Duster [Lillian Misko-Coury] knew how to speak Polish already.”

In fact, John felt fortunate to have ended up with the cast he did. The film contains very little dialogue (most of which is peppered with Polish and Japanese), so the actors’ body language plays a key role in telling the story.

“I thought casting was going to be my biggest challenge, but it couldn’t have turned out any better,” he said.

The inspiration for “Milk Crate” was derived from John’s own experience as a Southside resident in the early ‘80s. He lived in a two-bedroom apartment on S. 15th street where the guy beneath him – also named Charlie – held the coveted parking spot hostage with a milk crate.

“When I heard of Pittsburgh Neighborhood Narratives, I thought, ‘Why don’t I expand on this,’” recalls John. “We actually shot the film one block away from where I used to live.”

A film instructor at Point Park University and former co-owner of a TV commercial production company, John is no stranger to film. However, this will be the first short film that he shot, wrote and directed since graduating from Penn State in ‘77.

“I really wanted to be a part of this project,” he admits. “I submitted three story treatments because I wanted to make sure that one of them got picked.”

Now in post-production, John looks back on the filming process with gratitude. Local residents / businesses were extremely cooperative during filming and supportive of his efforts, he says. Southside police from District 3 controlled traffic and Gmiter’s Funeral Home allowed residents and film crew to park in their lot so the filmmakers could control the parking at the location.

“I have a million people to thank,” he says, very sincerely.

Posted by Neighborhood Narratives at 4:56 PM No comments: 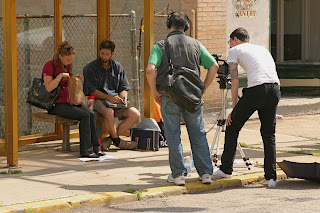 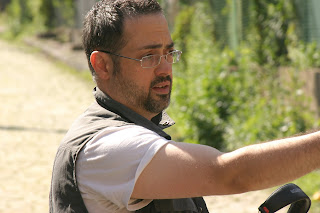 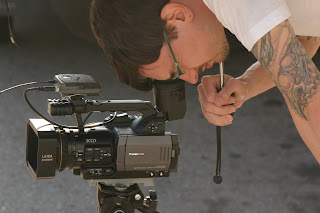 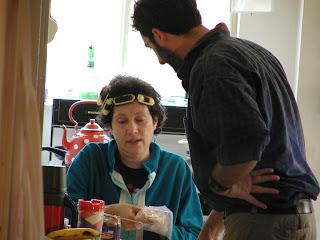 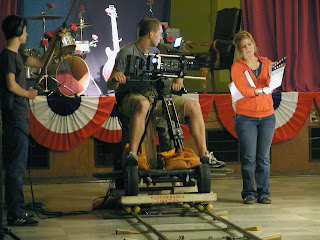 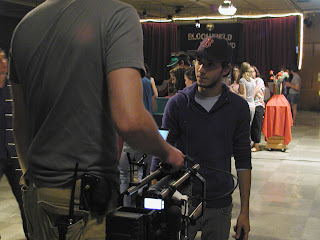 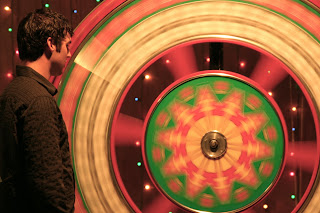 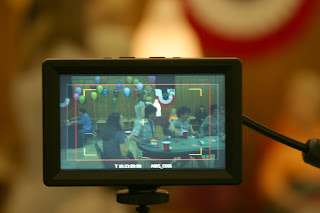 Justin Crimone and Jason Georgiades, both featured earlier on our blog, have wrapped production. Once again thanks to Timothy Hall, you can check out their production stills right here. Stay tuned for profiles and production stills from two additional wrapped productions, John Rice's South Side short, Milk Crate, and Jeremy Braverman and Nelson Chipman's Regent Square short, Regent Square. Congrats, filmmakers!
Posted by Neighborhood Narratives at 7:54 PM No comments: